Producing a music video with The Smashing Pumpkins was always something we wanted to do. Producing a five-part 2D animated series with them? It’s hard to find the words.

Band frontman Billy Corgan laid out his vision and narrative for the series, and our team went to work capturing his spark of inspiration. We created a fully-developed world, blending eye-catching hand-drawn animation with a goth-futuristic style.

Ultimately, In Ashes turns the goth-rock sound of the band into an operatic phantasmagoria of evolving identities and cosmic yearning—with some really cool chase scenes to boot.

Producing a music video with The Smashing Pumpkins was always something we wanted to do. Producing a five-part 2D animated series with them? It’s hard to find the words.

Band frontman Billy Corgan laid out his vision and narrative for the series, and our team went to work capturing his spark of inspiration. We created a fully-developed world, blending eye-catching hand-drawn animation with a goth-futuristic style.

Ultimately, In Ashes turns the goth-rock sound of the band into an operatic phantasmagoria of evolving identities and cosmic yearning—with some really cool chase scenes to boot.

x Episode 1 | The Colour Of Love

Behind The Scenes & Development

Episode 1 | The Colour Of Love 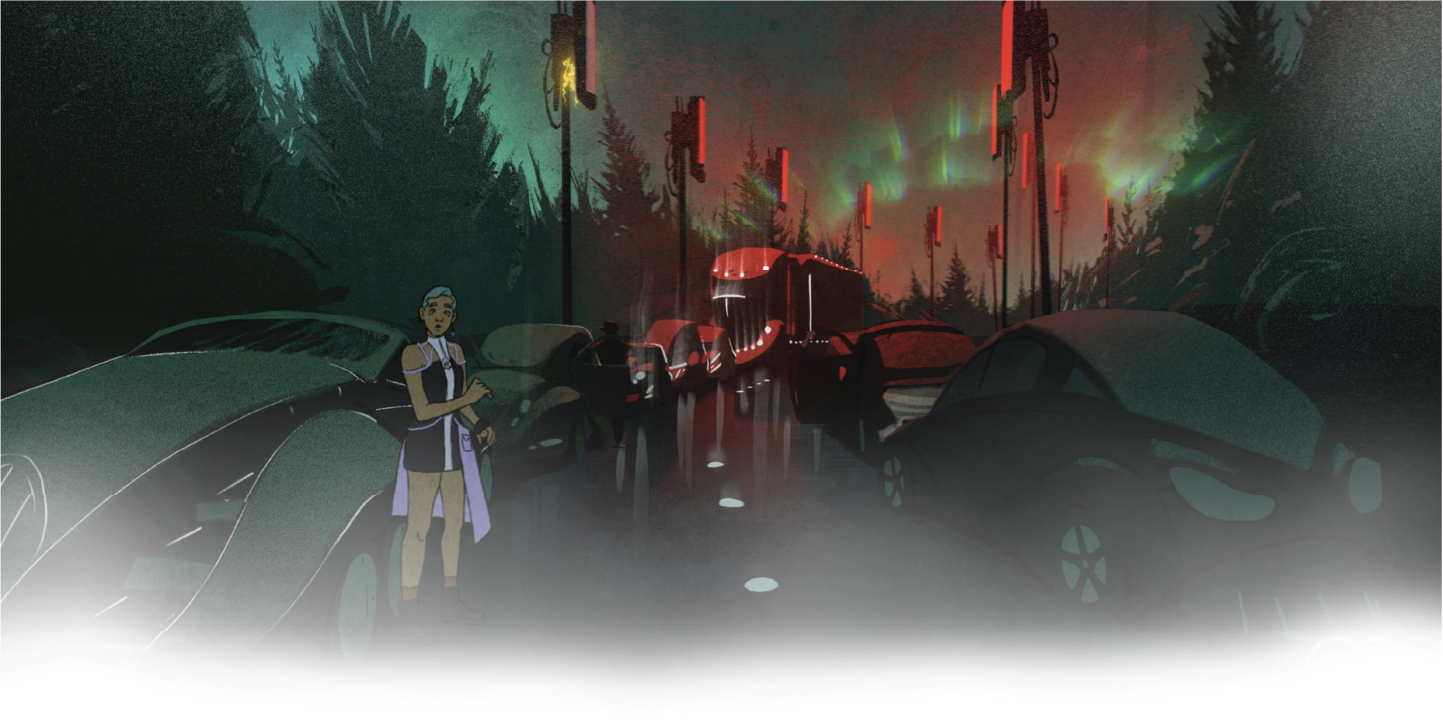 DEVELOPMENT AND BEHIND THE SCENES

Episode 1 ("The Colour Of Love") is our first look into this world The Smashing Pumpkins have created, establishing a bridge between objective and subjective. It’s like an impressionistic painting. The creative choices are intentional, but their meanings are more personal. There’s a roughness, a toothiness, to the environment’s style. It’s retro meets futuristic, but the feeling is now. There’s a definite mood that lives somewhere between the world we know and a lucid dreamscape.

To convey the intensity of emotion that seethes through these five interlinked tracks, our team utilized a vivid color palette. As the narrative pivots from internal conflict to external survival, the animation and color convey the characters' struggles and shifting emotions.

We typically didn’t hear the song before beginning production on a particular episode. Billy and his team would send us the script and his overall vision for the episode, from which we would break down into beats and begin creating storyboards. We applied those beats back to the music once we received it. Since this music acted more as a score than a direct sync to the animation, this created a comfortable pace for the narrative.

“I used Gravity Sketch on the Oculus Quest to block out environments in 3D and then set up cameras based on the storyboard. This helped the animators understand what the perspective was and where the ground plane was. That was kind of our bridge between animation and backgrounds. Once the environment is set up in 3D, you can set the camera anywhere and go, ‘Oh, you need reference for this shot, boom, done.’” – Deep Sky’s Creative Director Barret Thomson

Episode 2 | Confessions Of A Dopamine Addict 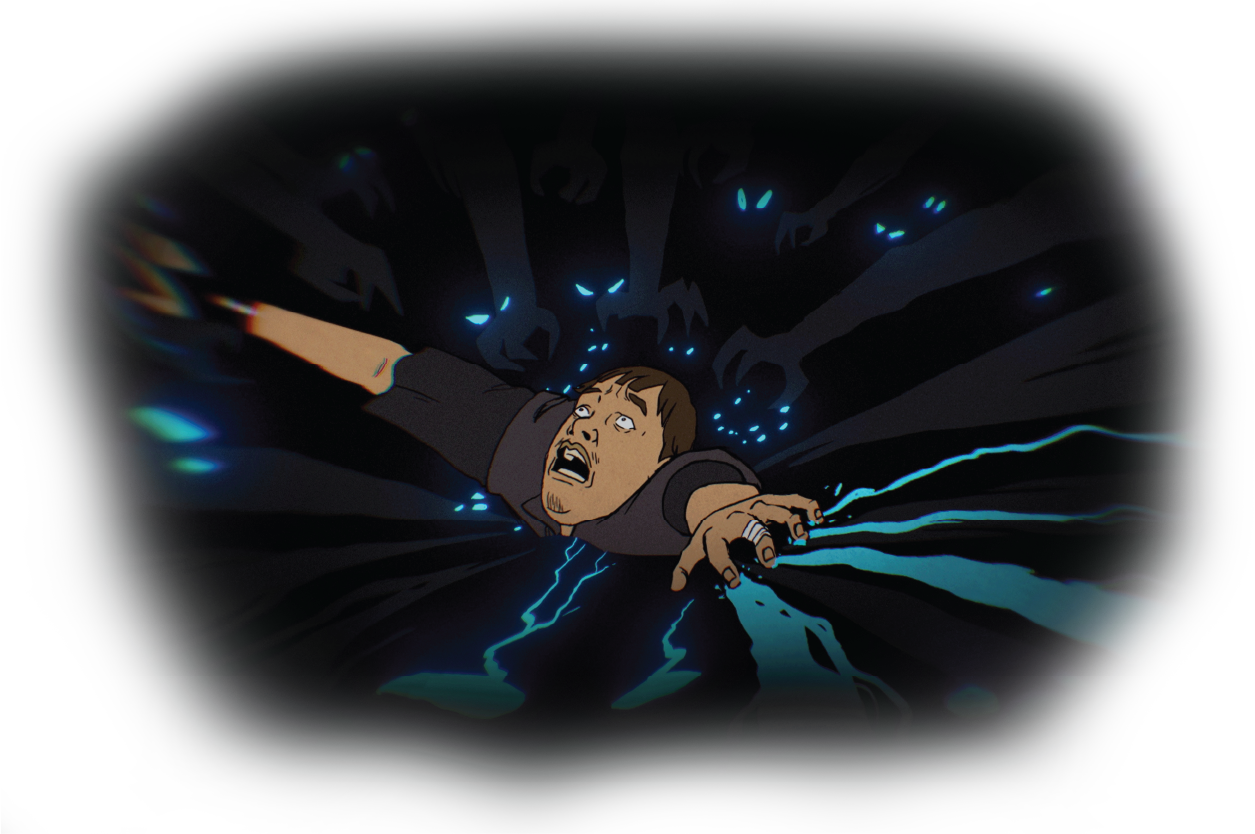 "Confessions Of A Dopamine Addict" is stylistically a deeper dive into this world created by The Smashing Pumpkins, into group dynamics, and into how each person is defined and expressed through a struggling sense-of-self. Here we used color to anchor the visual explorations of each character. We are rooted in an existence with crumbling rules, so it’s important we have something to hold onto, a baseline to track through the chaos, without limiting the journey. There is so much here to take in: a fun madness. 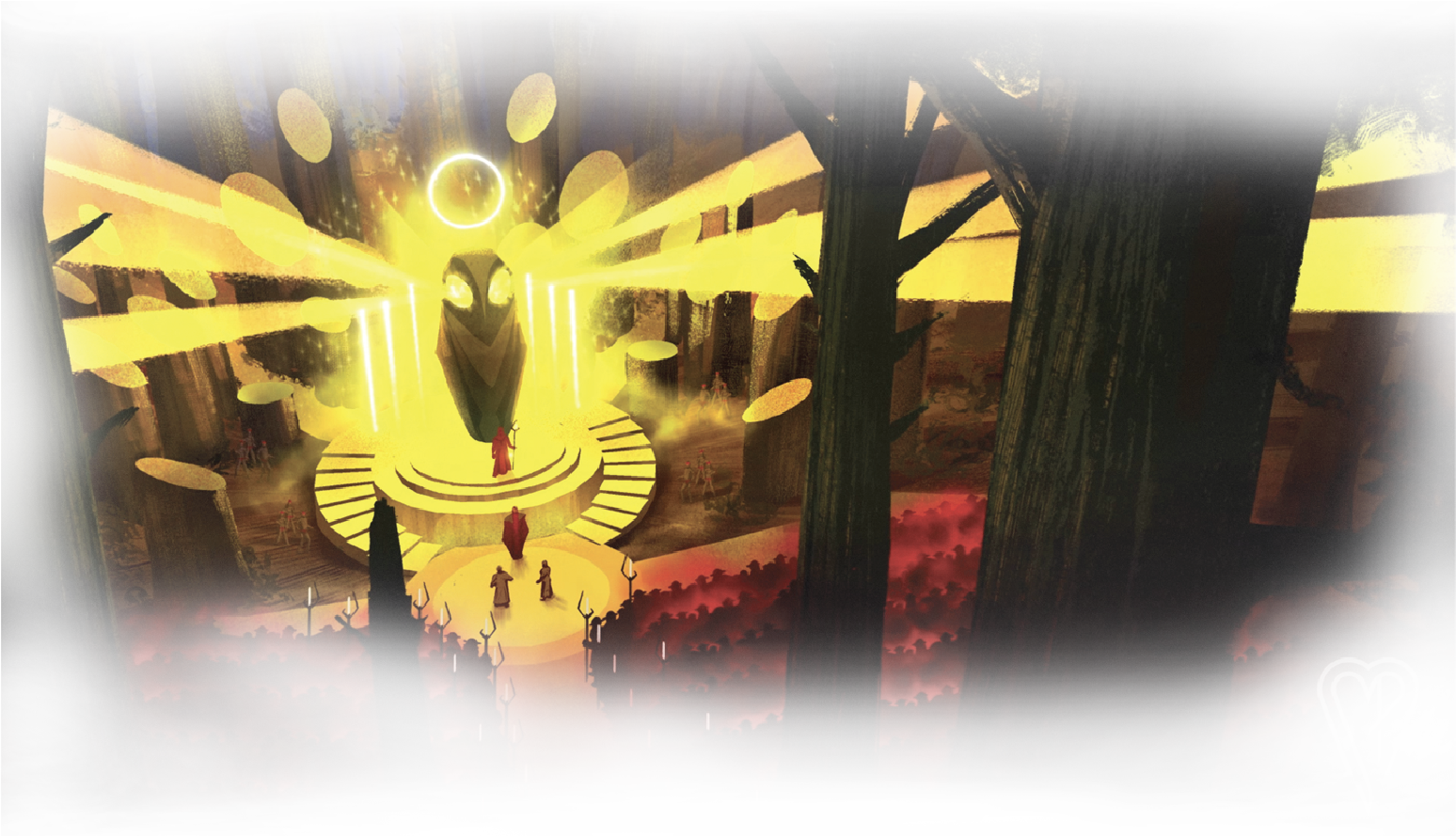 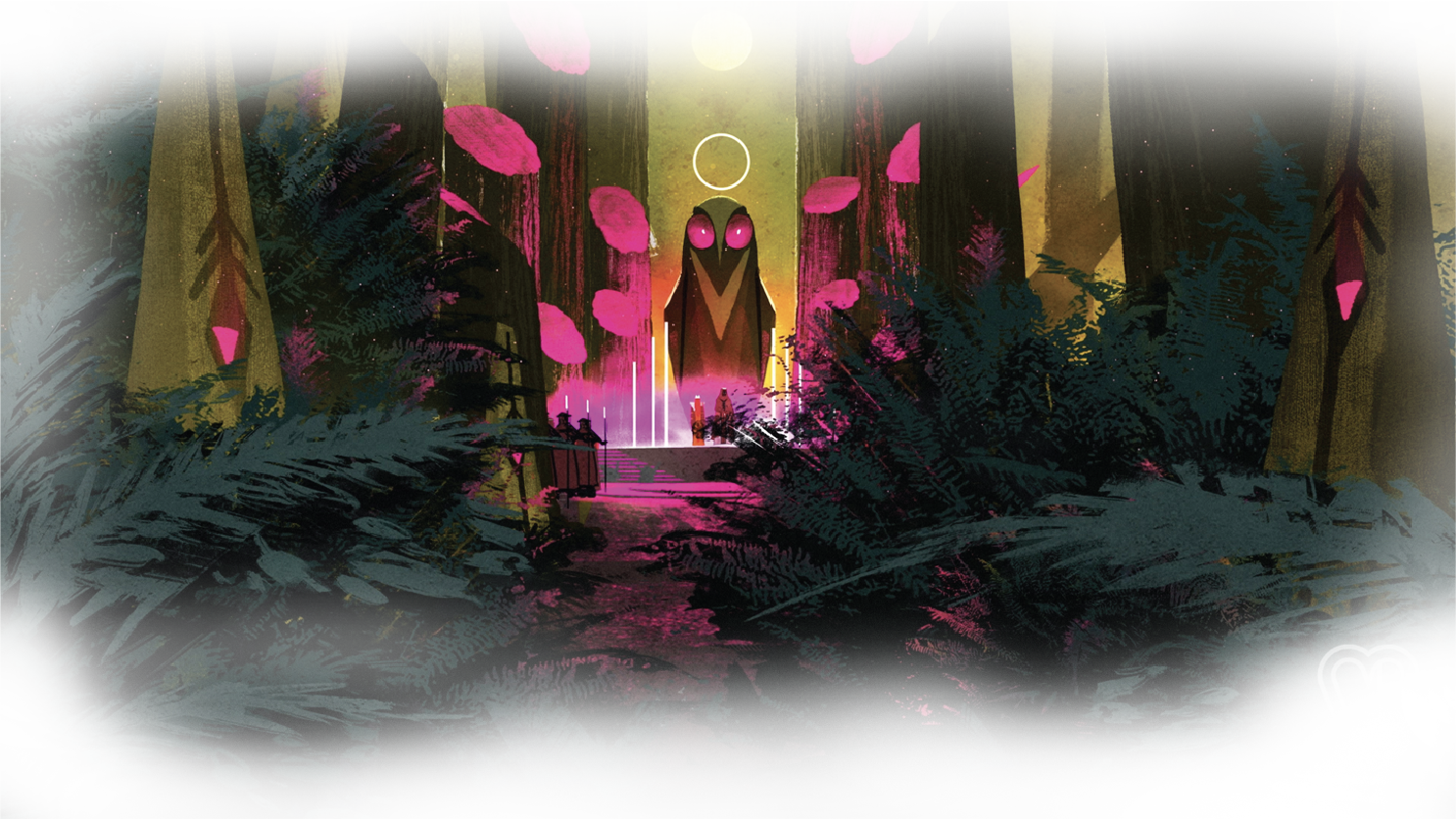 "Anno Satana" is another jump into this rich and creative landscape, created by The Smashing Pumpkins. As we witness a concert-like ritual, lighting and color take on a more physical presence. From hinting at emotion to providing stability, we now use color and light to assert dominance. It’s no longer just a tie to reality or a subtle hint. It’s evolving. Each change of color and lighting takes on a manifestation that frames each shot: from bars to beacon.

“The first two videos take place in the Pacific Northwest, starting with some distant, futuristic views of a city before moving into the forest. Art Director Sandra Lanz had some concepts of all our characters and in the first two videos, in the forest, there’s pine trees and stuff. We had a limited amount of materials to produce for the environment. We also had cars, car interiors, and devices the characters interact with. But with episode 3, things change. The backgrounds have these really garish, bright colors. It’s almost as if the drug trip itself is affecting the viewer.” – Deep Sky’s Creative Director Barret Thomson 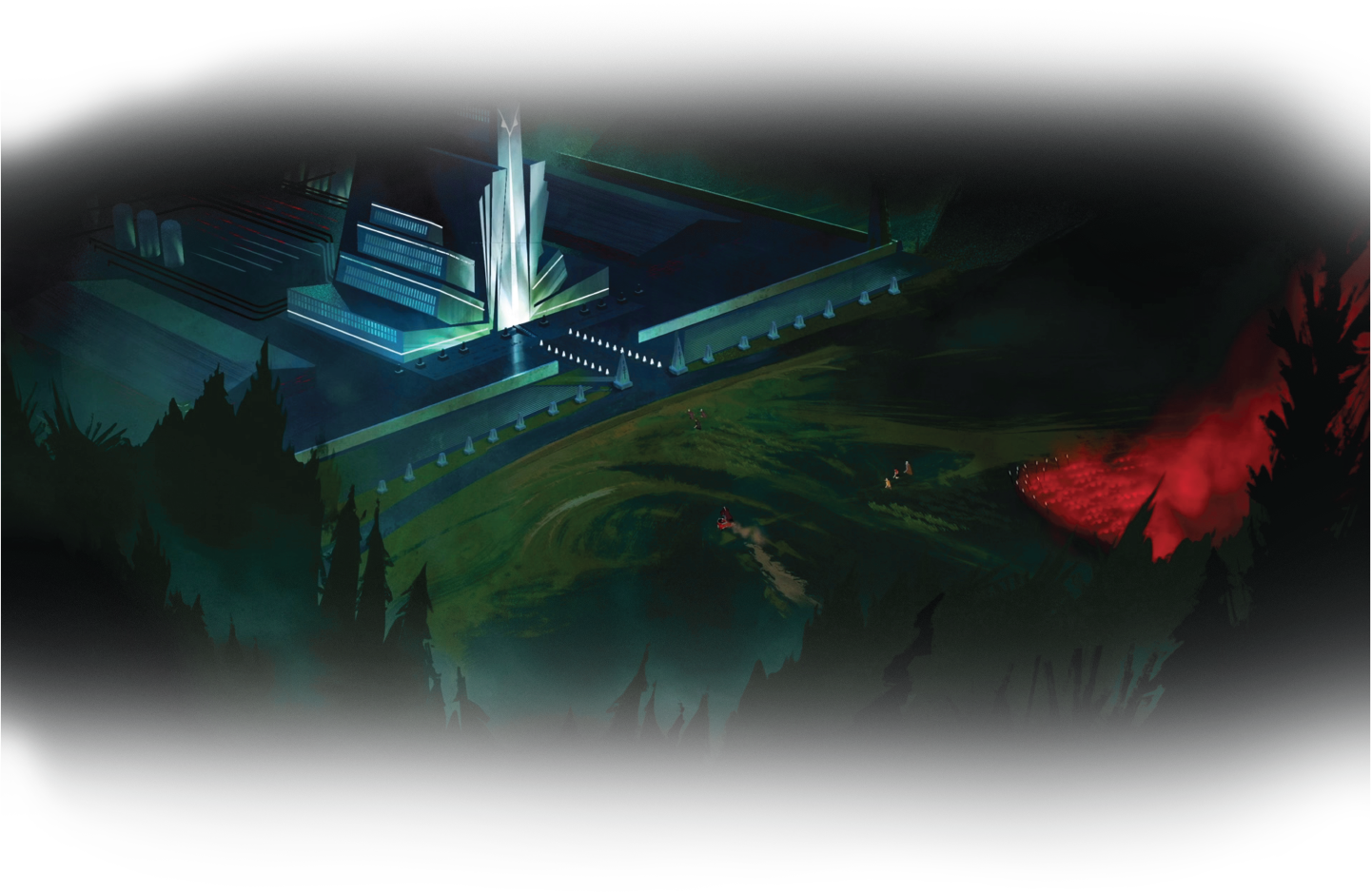 DEVELOPMENT AND BEHIND THE SCENES

"Wyttch" builds on the language of color and motion from previous episodes. Transitioning from dance to conflict, control to chaos, we explore the blurred lines between ritual and revolution. In this transformation, we both figuratively and literally show the loss of humanity as we hint at the occultists’ true identities. 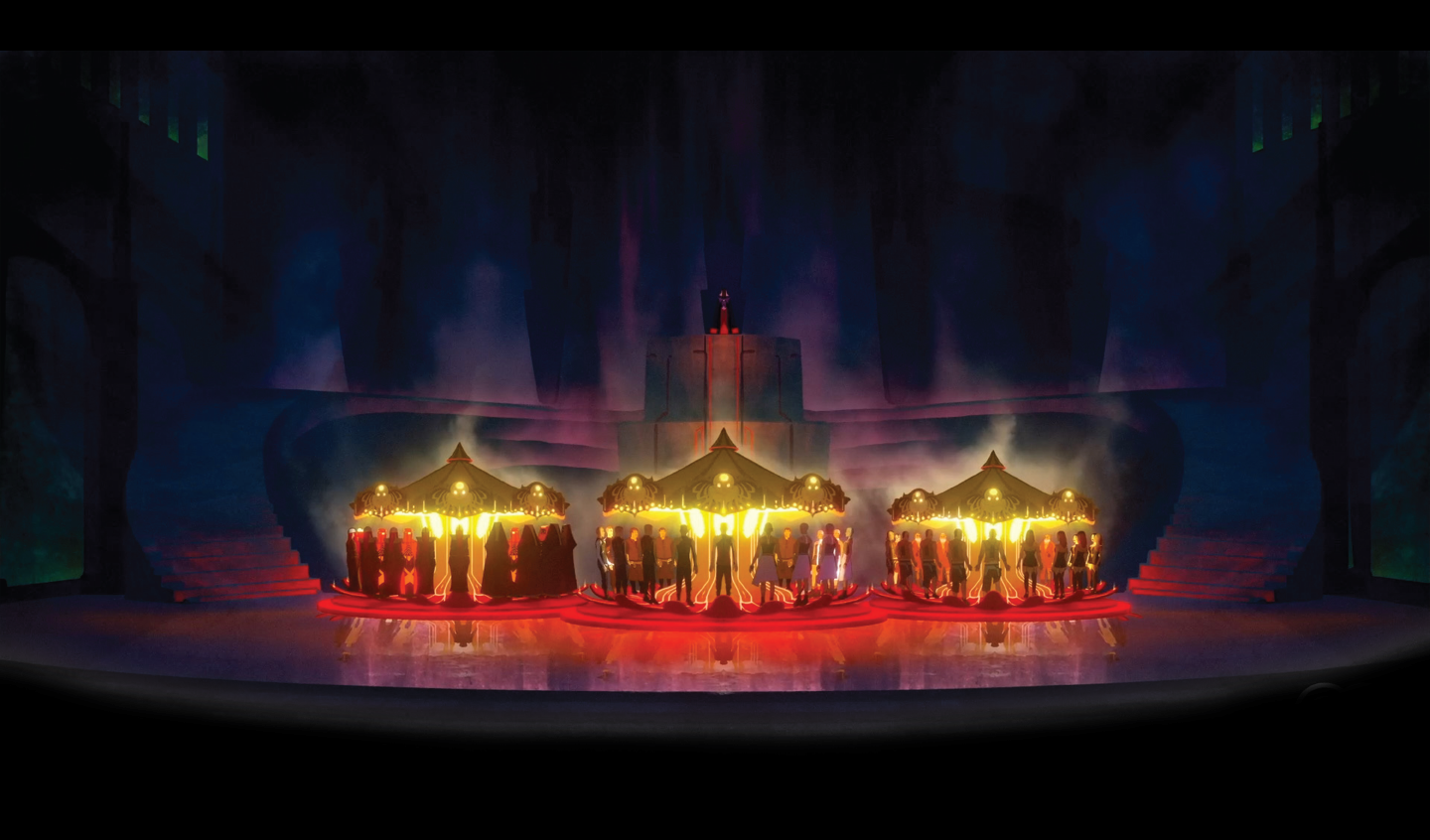 Episode 5 ("Purple Blood"), the final video from the In Ashes series brings together all the themes from the previous episodes for a memorable conclusion. Deep Sky focused on heightening character development by building a strong atmosphere, using color, shape, and symbolism. Every scene needed to tie into previous events, while also hinting at things to come. Sometimes the answers are harder than the questions. 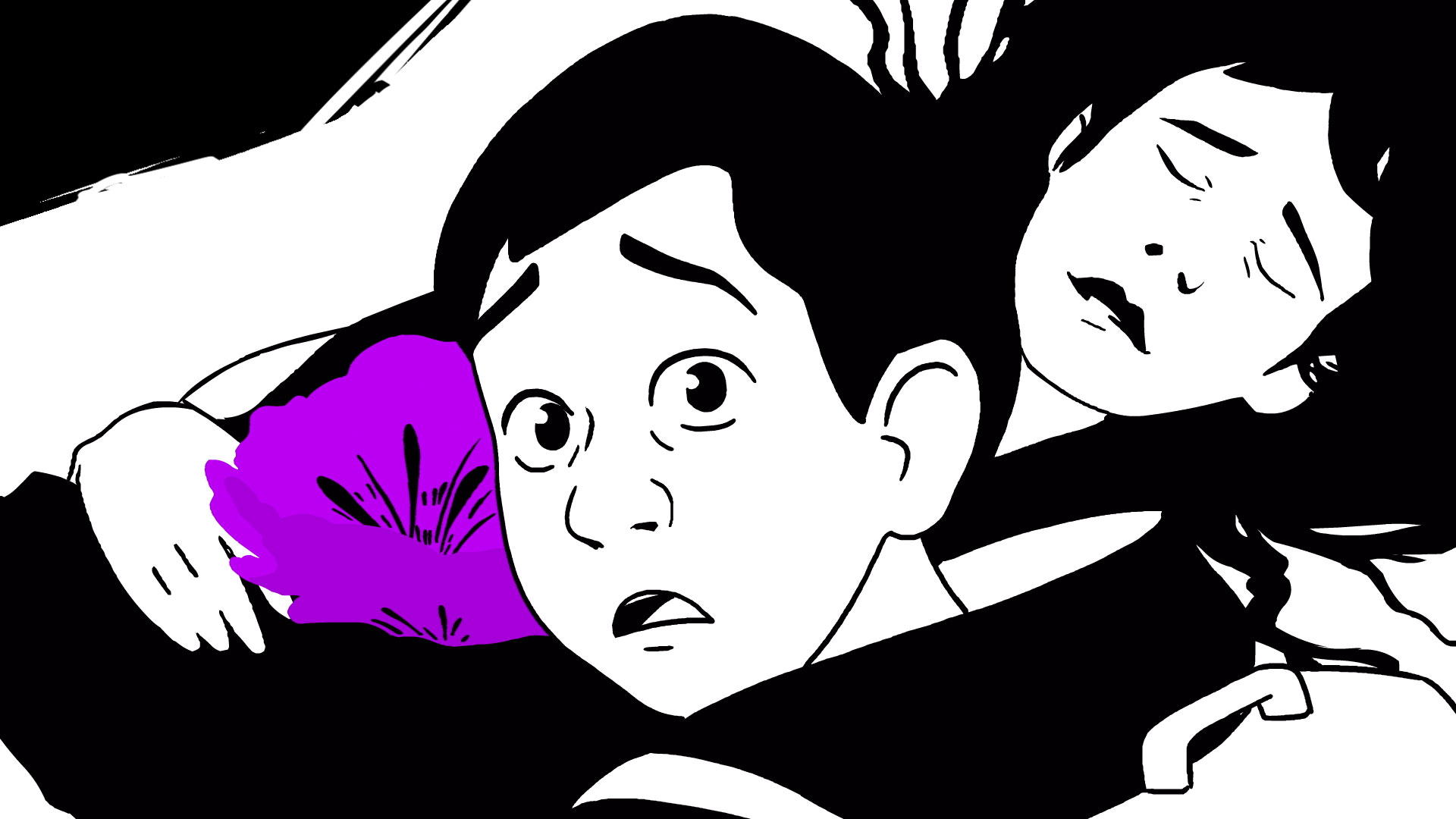 System Of A Down

Deep Sky is proud to have partnered with the GRAMMY Award-winning alt-rock band System of a Down to create the animated sequences in the official music video for their single, "Genocidal Humanoidz." 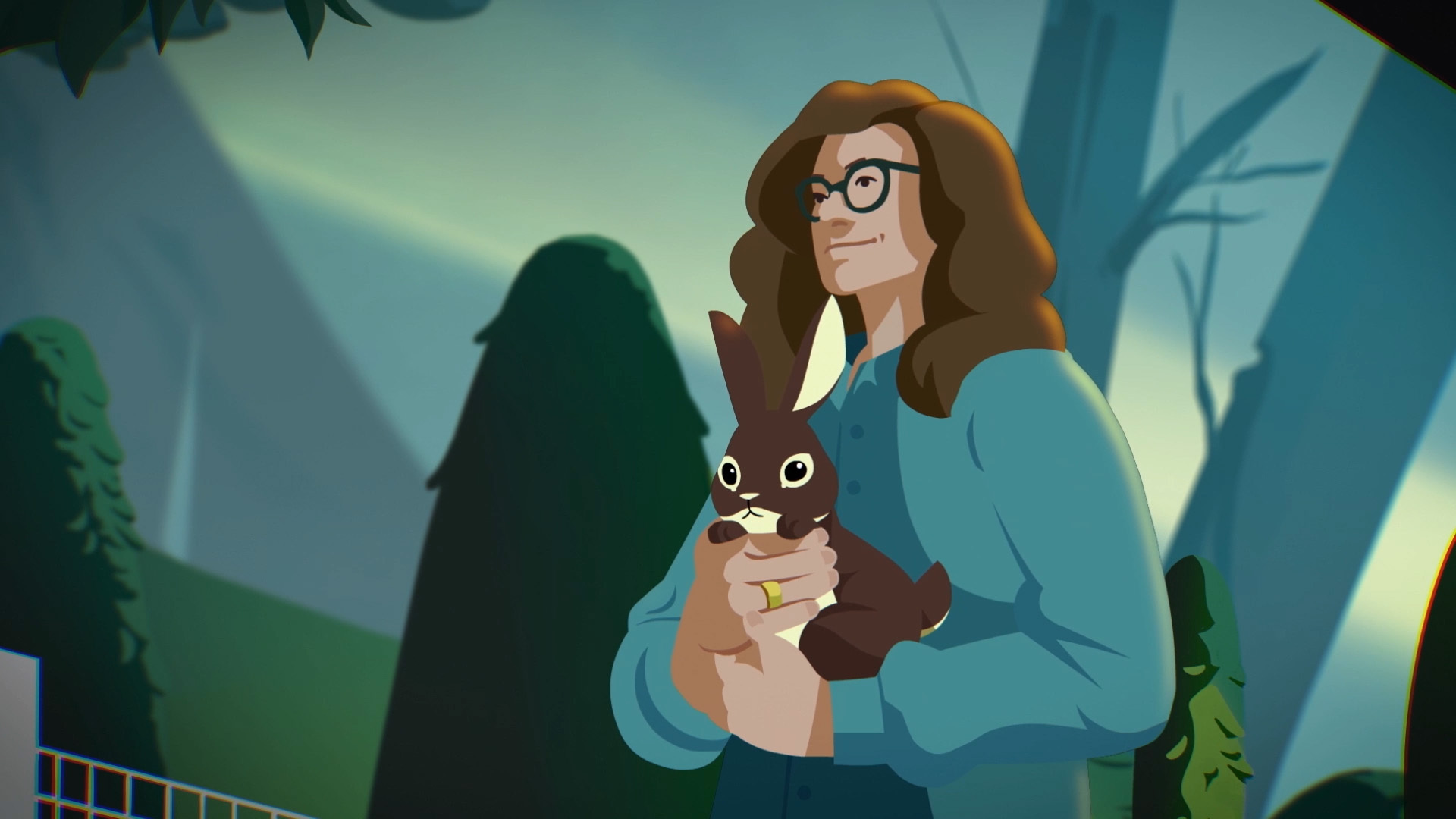 For Big Wild’s single “OMGarden” from their album The Efferusphere, the team chose a familiar world to begin Mopsy the rabbit’s journey. 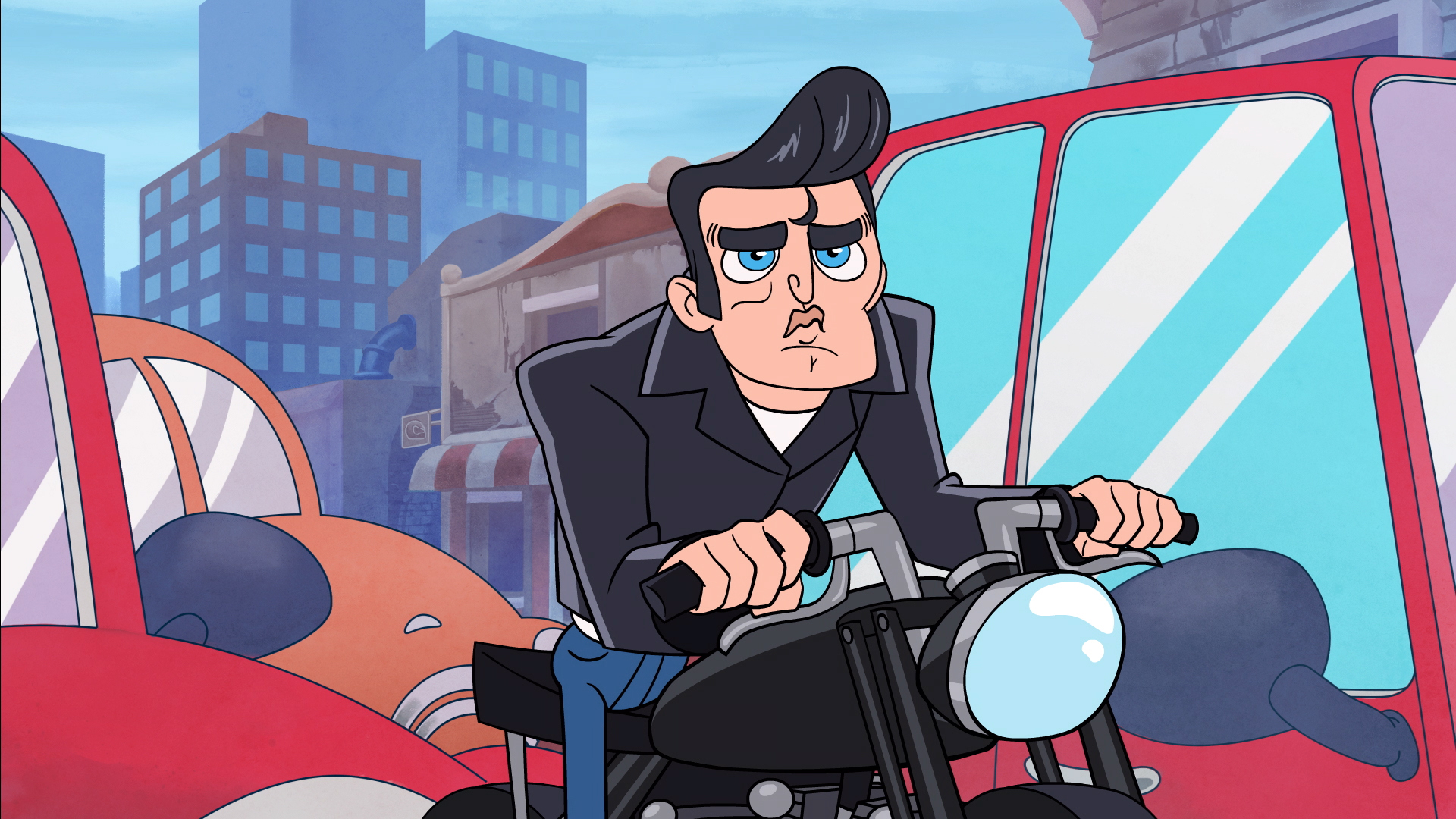 Grew up watching Warner Bros Saturday morning cartoons? Feel nostalgic seeing those gross paintings from 90s cartoons? Us too. So like any extremely professional animation studio would do, we poured a giant bowl of Lucky Charms and created an anthology of 2D animated shorts with our partners at ICON Motosports.